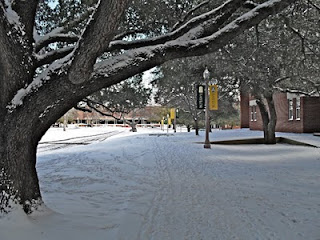 It gets really hot here in Waco. August and September are often marked with days over 100 degrees. But it gets cold here, too – at least in comparison to what I have known in Houston over the years. I know it is nothing to you Northerners. We are in our fourth day without getting above freezing and last night a gentle snow blanketed Central Texas. Snow fell twice last winter, but was gone before the day was over. We don’t expect this to melt for a day and a half!

When it snows in this part of the world, things grind to a halt. Most people don’t get out and drive, and those that do crash into each other. Schools close. Pipes freeze. Texans complain and shiver while transplanted Minnesotans walk around in short sleeves grinning.

So for the day the Baylor campus is shut down. I have a warm house, papers to grade, coffee to drink, a book to read, and time to make a couple of blog entries. Yesterday and today were set aside as Truett Preview Days, when prospective students come here to be introduced (and hopefully recruited) to our seminary. We had dinner with twenty-five of them last night, some of whom have travelled from California, Alabama, South Carolina, Tennessee, and Arkansas. But the campus is shut down today. Some of us are going to try to meet them for lunch nevertheless, so I’ll be walking across the white Baylor campus in a bit, bringing back some photos as a prize. If you Baylor alums want to see the campus of your alma mater covered in snow, click here. 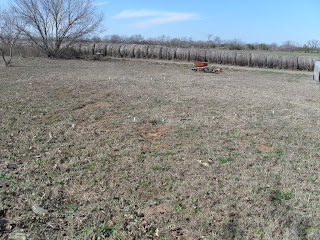 One of the earliest biblical metaphors for God the Creator is that of a farmer. In Genesis 2:8, having formed a man from the soil like a potter, God tills the soil and plants a garden, putting in vegetables and fruit trees. Then he gives the soil-formed man the task of dressing and keeping it. I suppose every time we turn over soil and carefully commit a plant or a seed to its care we perform a small God-like act. Pot plants in our windowsills, patio crops of tomatoes, back yard gardens in the city or the country, vast fields of grains, orchards, and vineyards echo one of the early acts of the Creator. 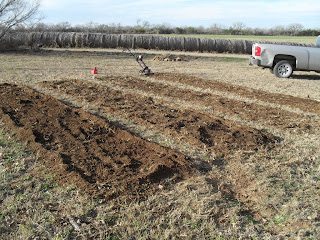 Eating, then, becomes a kind of sacramental act. Wendell Berry writes, “To live we must daily break the body and shed the blood of Creation. When we do this knowingly, lovingly, skillfully, reverently, it is a sacrament.” (Gift of Good Land) We are formed from the soil. We live from the soil. We return to the soil. So does all of Creation. 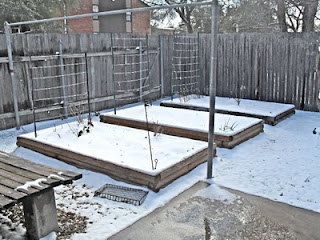 Somehow all this becomes hard-wired into the human. We have a compulsion to see things grow. Yielding to that compulsion, last weekend Melinda and I took the first steps toward creating an experimental garden at the farm. Melinda has faithfully grown things during the thirty-six years of our marriage. Never has there been a time, no matter where we lived, when something green (though not always something edible) was not flourishing in our home. She has put in gardens as often as possible. We have beds, now snow covered, behind our home here in Waco. She volunteered last spring at the World Hunger Relief Farm outside of town. 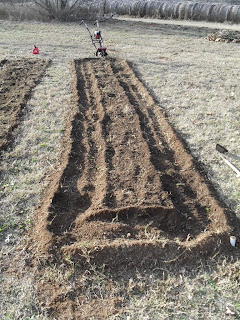 So as an experiment, and in hopeful anticipation of a time when we will be able to give more complete attention to things in Floresville, we laid out a small garden plot between the house and the wheat-sown fields at the farm. The story of two fairly intelligent adults, with mild OCD tendencies, who scored well on standardized tests, trying to get this garden plot lined up with a corner of the house and parallel to the outside wall would be material for a sit-com (nearly a CSI episode). We borrowed a min-tiller from our neighbor across the road, bought a truckload of manure compost, went to the city park and procured a half cubic yard of wood mulch for the paths, and went to work. Four 22’ x 4’ beds now lie next to each other with a wood-mulched path between them. 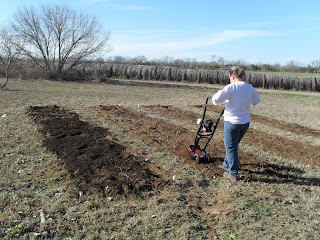 The adjective “experimental” is necessary because this garden will be grown more in absentia than gardens normally are. On our next trip we will build a fence to keep the deer and wild hogs out. We will install a drip irrigation system with a timer to provide moisture through the unpredictable weather in South Texas. We will plant our seeds and seedlings. And we’ll place a thick mulch of sorghum sudan hay over it all to help manage weeds and maintain moisture. We won’t be there daily to fight off insects. As often as our schedule allows (and it looks pretty good March-May) we’ll make weekend trips and check on things. 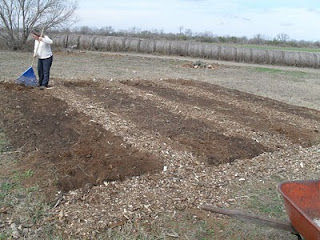 The garden is experimental because we are not dependent on its doing well, but we want to see what will grow for us and with how much attention. I’ll attempt to post the progress of the project here for your entertainment.

Posted by Robert at 9:45 AM No comments: