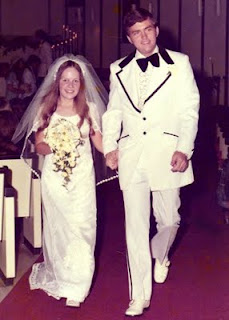 Thirty seven years ago tomorrow, Melinda and I drove my sister’s 1974 maroon Malibu with the white vinyl roof from our honeymoon suite at the Ramada Inn in Houston to my grandmother’s house in Floresville to spend our first week of marriage exploring San Antonio, New Braunfels, and just being alone at the farm. Now that place is ours. We were there again this weekend, but did not have much time alone. None, in fact. But that’s ok.

We were joined by Alan and Kat, celebrating their seventh anniversary (rookies, still). Alan and Kat brought the next generation, Madison and Austin, with them, and the aging grand-dogs, Porter and Presley. Jenna drove up on Saturday. And Saturday evening, the Farmers, friends of Alan and Kat, arrived with their two daughters, Zoe and Ava. And their dog. 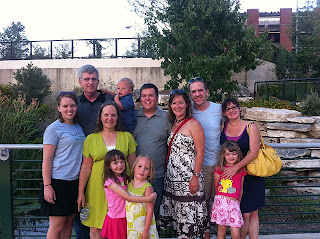 I had responsibilities in McKinney on Sunday morning, and so made the now familiar flight from San Antonio to Dallas on Saturday night and returned on Sunday afternoon. In my absence, the entire entourage drove to Leakey, Texas to swim in the Frio River at Neal’s. About the time I landed at SAT, they were done swimming. We agreed to rendezvous at La Gloria, a Mexican street food restaurant on the San Antonio River that we’d enjoyed once before. The celebration of our thirty-seven years and Alan and Kat’s seven (rookies) involved the eleven of us (dogs were still at the farm) dining for a couple of hours on likes of tlayudas, tortas, potosinos, and molcajetes. We walked down to the river and enjoyed the evening that was quickly cooling down from the hundred degrees we’d endured most of the day. 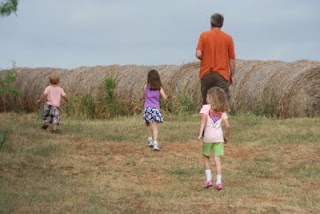 We spent Monday, Memorial Day, exploring the farm, finding and identifying a variety of wild flowers, and making a road trip to Rhew Orchard , a couple of miles down County Road 401 from our place. The peaches were ripe and peach cobblers were still warm in the Rhew’s store when we drove up. We took one of those back with us. Some amazing vegetarian tacos awaited us for lunch back at the farm. Then cobbler and coffee. Then a lawn sprinker aimed at the trampoline in the backyard kept the kids occupied and drained off some of their energy (not all of it) in preparation for their three hour trip back to Houston. 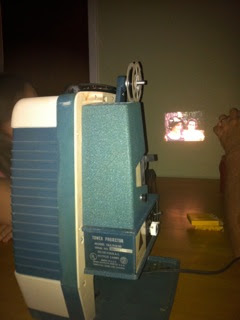 By 4:30, the Farmers and Alan Creeches had left. I forgot how quiet my life normally is. Melinda, Jenna, and I cleaned up the house and spent the remainder of the evening watching 8 mm films Melinda’s dad had made of their family in the early 1960s. We’d dug out the 50 year old films and Sears projector while moving in the past week. Amazingly, the machine worked perfectly and the old films entertained us for several hours. We saw brief footage of Hurricane Carla and a short appearance of Roy Rogers and Dale Evans astride Trigger and Buttermilk making their way through downtown Houston in the Fat Stock Show and Rodeo Parade. We watched ten year old Melinda playing, attending Vacation Bible School at Shady Acres Baptist Church, and performing in the “May Fete” at Helms Elementary. We saw her mom and dad, who have been on the other side for many years now, walking about, laughing and enjoying life as much younger people. We saw Missy Momma, Melinda’s grandmother, in most of the short films. It made me wish my folks had made some movies along the way.

We returned to Waco today, ready to start the summer school work tomorrow. Melinda will be taking Latin all summer. I teach one Doctor of Ministry Seminar. Jenna will be an intern at KWTX in Waco, while taking nine semester hours of government and economics online.

Meanwhile, we have a lot to celebrate and a lot to remember.
Posted by Robert at 8:51 PM 1 comment: 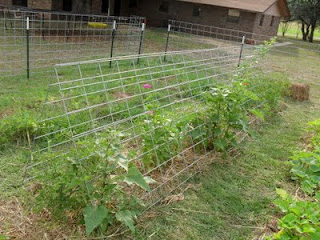 I understand some of Mr. McGregor’s consternation regarding rabbits in his garden. This morning I went out to clean up the X Garden and found Flopsy, Mopsy, and Cottontail enjoying the greenest place on the property during this extended dry period. It looked like they’d managed to gnaw down at least two corn stalks. I’m pretty much at their mercy, I suppose, since they are present every day and I’m not. 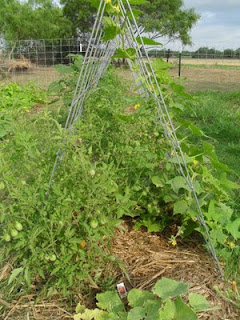 We harvested a few more yellow squash, a handful of cherry tomatoes, and one small eggplant – not enough to live on. But hope remains. We planted relatively late, so our production is behind schedule. At least that’s what I’m telling myself. 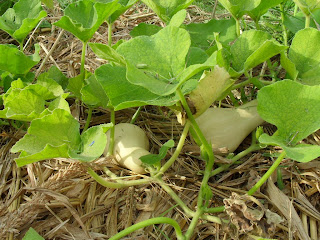 Watermelons are just beginning to form on the spreading vines and the bees are doing their part pollinating the plants. 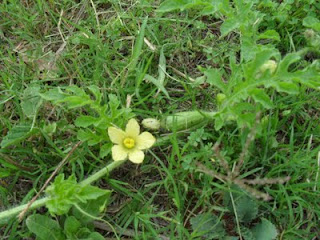 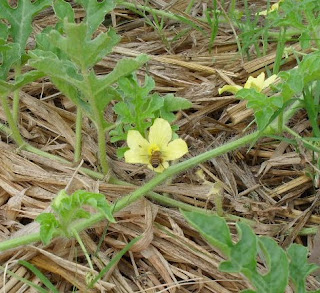 Beans look pretty poor for some reason and we may have crowded our corn plants a bit too tightly. They are still short and the ears that are forming seem small. We’ll have to wait until I return in three weeks for a verdict on that. 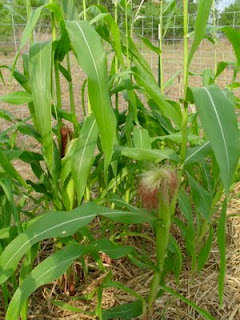 Tomatoes are covering the vines, but we have few red ones. Butternut squash are showing up, but are not yet ready to be gathered. The pepper plants are not making a showing yet. 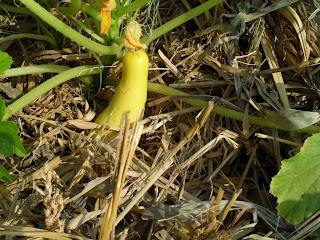 Here’s what I think I’ve learned so far. The irrigation system is perfect (although a connection has popped loose twice and I have had to tape it). Despite less than two inches of rain in three months, the garden remains verdant. The mulching with straw has both preserved moisture and has prevented an outbreak of weeds. That seems to be working. I do believe it would have been good to plant a couple of weeks earlier. And we’ll need to consult a corn expert about density of the crop before having another go with that one.

I’m excited about the watermelons. A dozen little ones are forming; the plants look healthy and green and are covered with yellow blossoms. I’m forecasting an enormous crop. A single good one would be nice, however. 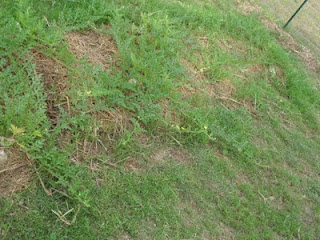 The next X Garden report will come in three weeks. 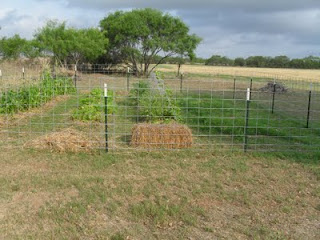 Posted by Robert at 7:51 PM No comments: