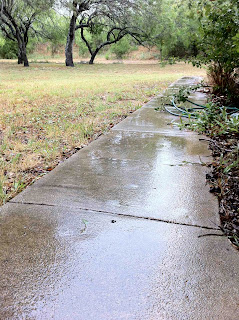 Last night I watched with hope the bright greens, yellows, oranges, reds, and purples on the radar screens on my KENS5 app. Thunderstorms exploded around Abilene in the afternoon and made their way south and east through dry, parched Texas terrain. Waco would get some of the rain. And, hopefully, the storms would hold together as they moved past Junction and on into the San Antonio area. And they did!
By the time I went to bed, lightening was dancing in the sky above the farm. I raised the blinds in the bedroom to enjoy the show and wait for the rain to fall. I was sleepier than I thought. I went unconscious almost immediately and remained so through the night. 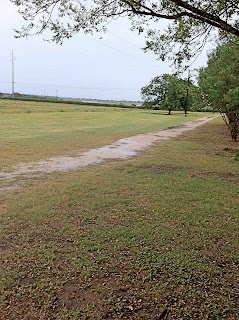 But when I awoke this morning I heard thunder and looked out to see falling rain and large pools of water on the caliche driveway.  I stepped out onto the front porch to be greeted by much cooler air and the fragrance of rain. I made my morning coffee and sat on the porch and just watched it for an hour.
The night before I’d parked my truck beside the garage rather than in front of it so my view of the fields would not be blocked. When the rain stopped this morning I went out to the truck to move it. I drove exactly one foot forward and the left rear tire sank to its axle. A gopher tunnel collapsed under the weight of the truck  and I was stuck in the mud in the middle of a place experiencing Exceptional Drought. A little work with a sharp shooter shovel and I had dug a ramp out of the whole and drove out. 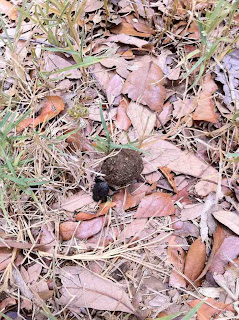 Yesterday at sunset a huge roadrunner appeared just outside the kitchen window and climbed onto the edge of the yellow plastic swimming pool the grandkids enjoy. A bit later I  took a walk out into the field behind the house and saw a pair of coyotes running across the dry field of wheat stubble. Looking out the window this morning I saw some movement on the ground. I went out to investigate. I have a new wildlife sighting to report: two dung beetles were rolling doggie poop back home to enjoy. Never saw that before.
Posted by Robert at 9:43 PM No comments: 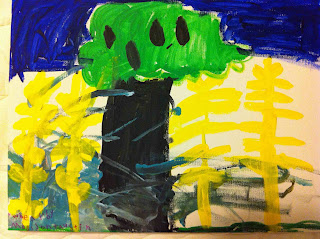 Just before leaving Houston yesterday I stopped by Alan & Kat’s to pick up the dogs. The family was attending a birthday party and was not yet home. Alan sent me a text asking me if I could hang out for a while until they got back because Madison had something to give me. It was a Father’s Day greeting consisting of an original, signed painting on canvas entitled “Wheat” by two artists named Madison and Austin. In a somewhat Impressionistic style, it presents our recent wheat crop and the huge oak tree behind our farm house. It’s value is inestimable. 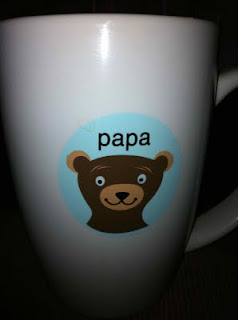 In addition to the painting, I was given a coffee cup with “Papa” bear on it. Madison explained the connection between the bear on the cup and my association with Baylor University. I get it.

I was greeted by other things when I arrived at the farm late on Saturday night. Two deer bounded away from the house as I drove up. I performed my usual initial inspections of the place. Before entering the house I took a flashlight and walked around outside. I checked out the X-Garden and discovered that the row of corn plants had run their course and were wilted and brown, just like the entire field of corn across the road. The ears that grew on the brown stalks had been devoured by our pet rabbits who operate the garden in our absence. 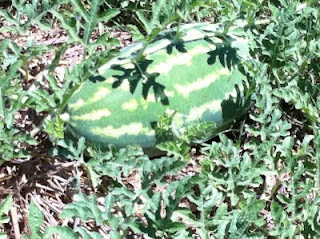 Two small eggplants hung on a bush. I planned to get them in the morning. Several large green tomatoes were also enduring the heat of the summer. A few butternut squash were available for harvest. Purple zinnias, orange zinnias, and wild sunflowers decorated the place. The biggest surprise was the melons. Just three weeks ago the watermelons were no bigger than my thumb. Now seven large melons were lying on the ground in the garden. This is encouraging, since I went to Bush's roadside produce stand in Stockdale to buy a watermelon this morning only to be told they had none because of the drought. I'm not sure what I will do with rabbits that decide watermelons are on their diet. 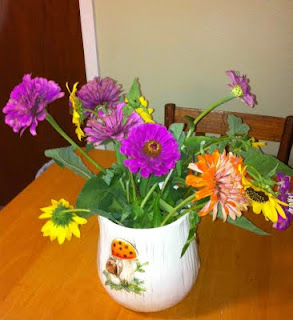 (This morning I returned to the garden to get what I could – the squash and a bouquet of flowers. The eggplants had become rabbit food over night. And one of the big green tomatoes was on the bunny buffet as well.)

Inside the house another surprise awaited me last night. I entered the utility room to switch the water heater from “Vacation” to “Hot,” and found myself stepping into two inches of water. The water heater had sprung a leak in the last two weeks. Water had run into the garage and out the garage door. I spent an hour and a half mopping up the mess. Cold showers only until it is replaced. 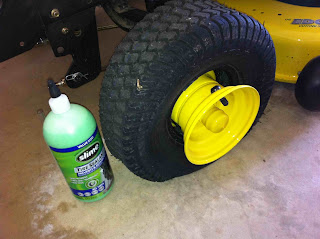 When I stepped into the garage I found that John, my new lawn tractor, had flats on both front tires, a consequence of encountering mesquite and cactus thorns during his last workout. Fortunately, I knew about a magic solution called “Slime” that repairs and then prevents such leaks. I picked up some today and will repair the tires tomorrow.

This morning I was greeted by the usual wildlife – our pet rabbit checking out the garden, the cardinals gathering to devour the sunflower seeds and to enjoy the birdbath, hummingbirds checking in periodically for a refill of the sweet, red nectar I’d hung for them, and Mexican eagles patrolling the field. 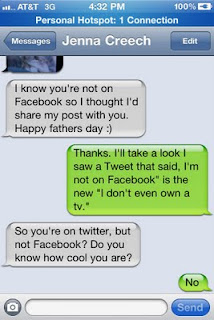 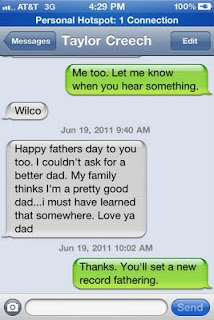 Then I received the new version of Father’s Day cards, text messages from my children with embarrassing evaluations of my performance as a dad. Leaks, flats, and rabbits are nothing compared to such things as original artwork, coffee mugs, and Father's Day texts.