This is my 67th August in Texas. You'd think I would have learned by now. August is hot. Global warming notwithstanding, it is always hot in August. And in South Texas it is also dry, unless something tropical develops off the coast.

So my walk in the field today was noisy. The sounds of thousands of grasshoppers fleeing from my presence were accompanied by the crunch of my steps on the dried rust weed. Despite the heat and drought, however, the native grasses continue to progress. In parts of the field they are sparse and small, hidden under the canopy of the Mare's Tail that took an opportunity to flourish this summer. In other places they are plentiful, but small and dry. But in the twenty or so acres nearest the house, they are growing in good numbers and size. Many are forming their seed heads––Little Bluestem, Indian Grass, Lovegrass, Sideoats Grama, and Switchgrass are discernible. Most of the clumps are mysteries to me until they identify themselves with their distinctive seed heads. The yellow Partridge Pea bushes are plentiful. I found one Texas Coneflower blooming in the middle of one of the bunch grasses.

We've now been a month without a drop of rain and temperatures have been over 100 most days. In a few more weeks that will break and become more seasonal. I suspect the grasses will respond to the fall rains with joy.

Psalm 147:8 (NRSV)
He covers the heavens with clouds,
prepares rain for the earth,
makes grass grow on the hills. 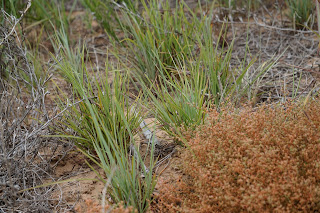 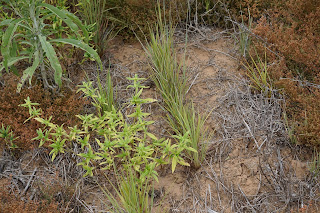 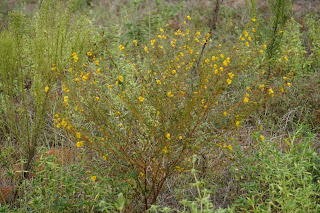 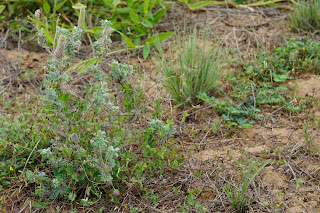 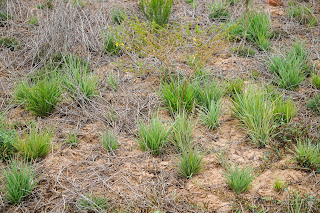 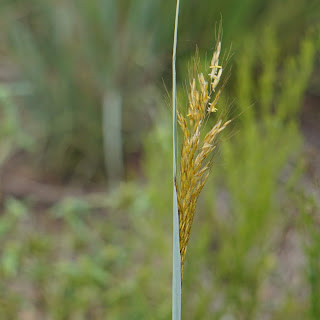 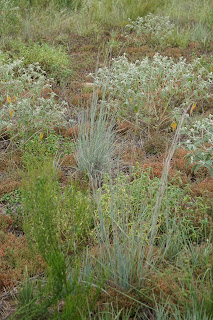 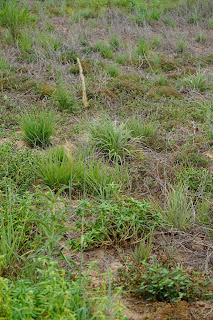 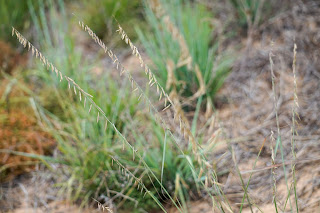 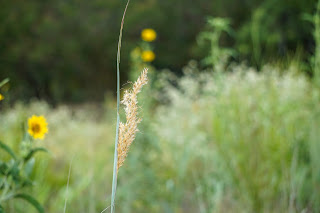 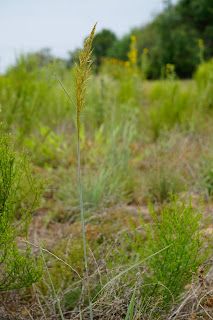 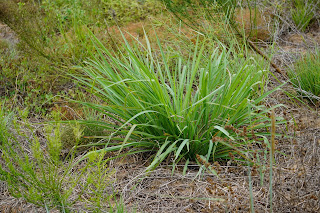 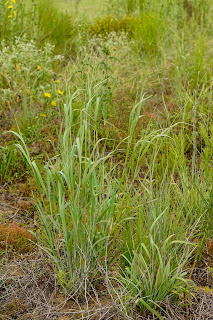 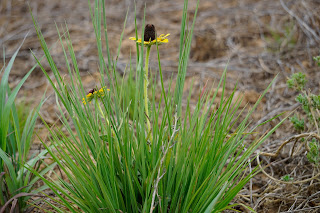 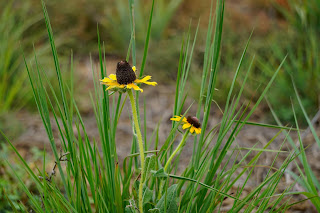 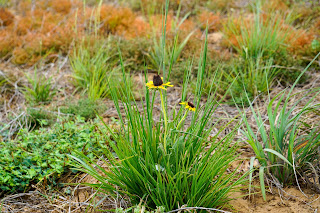 Patience is a difficult practice. We've been used to seeing hard red winter wheat seeds sown in December quickly emerge and mature, changing from a beautiful blue-green in March to the golden waves ready for harvest in May. We have seen sorghum sudan grass leap from the fields to heights of six or seven feet for a crop of hay. But the perennial native grasses do not behave in such a way. They require patience.

Will Newman, a local wildlife biologist who works with Quails Forever, walked the fields with us back in the early spring, when only a few of the grasses we planted were poking their heads through the red-brown sandy loam. In the first year, he told us, these grasses will spend much of their energy putting down deep roots. They "go deep." In the second year, the plants will spread out and become a bit larger. They "creep."  And in the third year, the tall switch grass and others will reach their heights of six to nine feet, with roots twice that length.
They "leap." Will said not to worry about the field until August or September, when the warm weather grasses would become more visible. 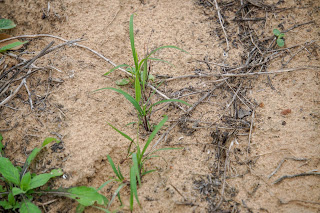 Well, it is August 1. Melinda and I walked through a portion of the field today, as we often do. The grasses in the field closest to our home show abundant signs of "prairie life." Many of the seeds we put in the ground in January are making themselves known. Blue-green clumps of Little Bluestem are standing their ground. Yellow Partridge Pea bushes are attracting bees and wasps. A stand of Sideoats Grama already has a seed head. One tall grass, that we think is Indian Grass is showing its seed head as well. This is one we really hoped would establish itself. White Prairie Clover has been scattered over the field all summer, as have other flowers we planted –– Coreopsis, Basket Flowers, Lemon Bee Balm, and others. We've seen coneflower plants across the field for a while. Their broad leaves are easily identifiable. But today we saw one blooming for the first time. Love Grass has grown up in places and formed its airy head. We won't be able to clearly identify many of the grasses that are emerging until they become more mature. But they are everywhere! 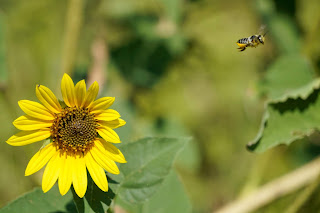 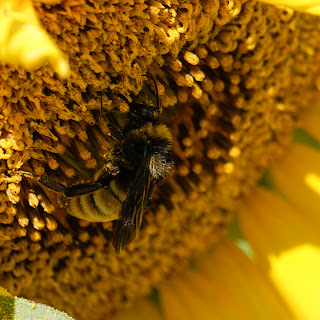 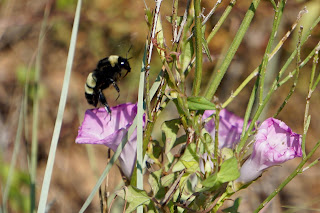 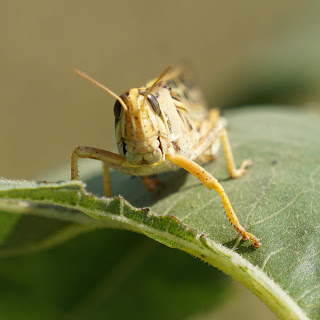 Earlier this week Jamie Killian, the Texas Parks and Wildlife biologist who has been working with us on the project came for a visit while we were gone and took a few photographs. She emailed us later: "The prairie looks great to me. I saw several species that were in the seed mix. I like the little bluestem."

Meanwhile, we learn what we can and marvel at what is happening. Three years seems like a long time. Note the three "prairie blogs" on the right. The photos there are beautiful and the content is always inspiring.